Learning is about learning more about possibilities, and censorship is about intervening in the learning process, controlling the flow of information you receive and shaping your perceptions through both "censorship" and "propaganda” . A lie repeated a thousand times can become the truth. ( publish at 2 years ago.)

美国的普林斯顿大学的学生组织思啟社邀请我去作为嘉宾就中国网络审查分享，我虽然是网络工程师背景，但我不想讨论审查和反审查的技术细节，在天网摄像头、社会信用系统和移动支付的社会里，无所不在的数字化监控让民间没有团结起来形成组织的空间。 ( publish at 2 years ago.)

( As lonely knight, always selfieing by left hand. At Tiananmen Square. photo taken at 14 years ago. )

Thirty six years ago, China sent its first-ever email. “Across the Great Wall, we can reach every corner of the world,” the Mail Administration of China wrote to researchers at Germany’s University of Karlsruhe at 9:07 p.m. Beijing time at Sept. 14, 1987. But instead of bridging the wall, China has since built a new one, in cyberspace - the largest system of Internet censorship, control and surveillance in the world, nicknamed the Great Firewall of China. Zola was fighting against with Great Firewall.

(RTHK documentary "The Voices inside the Fire Wall", premiered at 15 years ago. ) 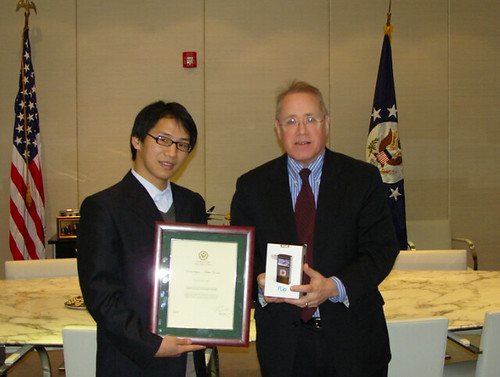